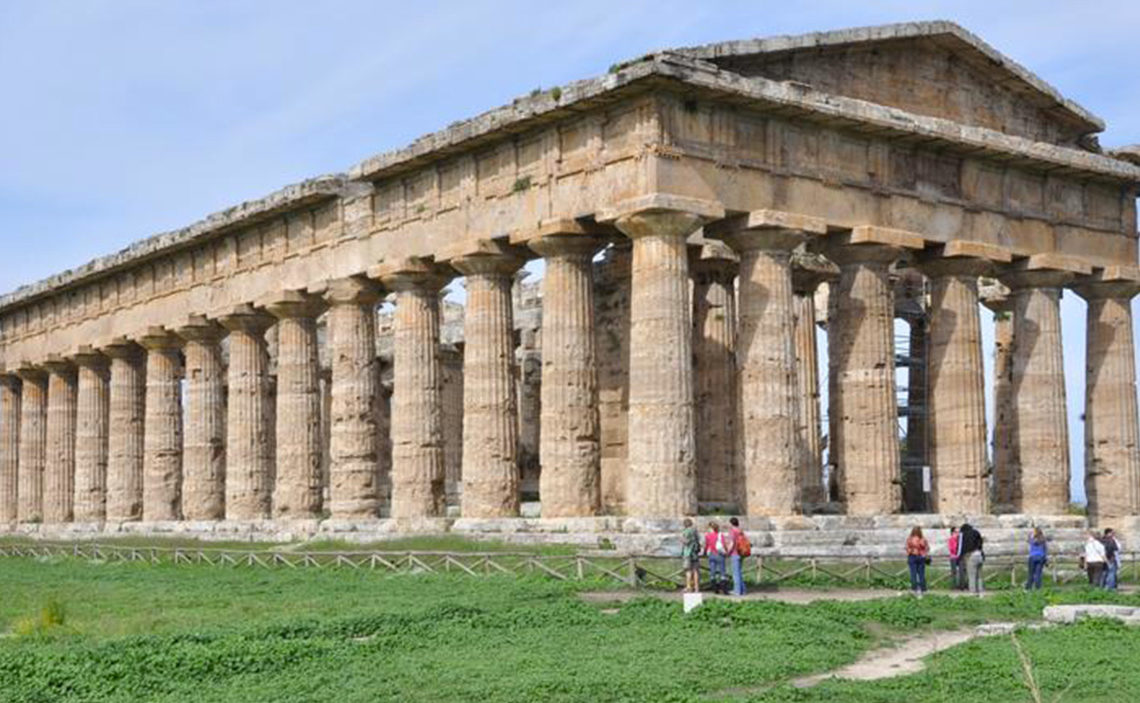 Paestum, the place where blends history and culture

A private tour to live the splendor of Paestum

A daily excursion to Paestum is an idea that blends culture and natural beauties, with a guided tour to archaeological excavations and then near sea. If you love holidays between culture and amusement, this is the right place! When you find again in places like this, you can’t stay indifferent. Paestum boasts of a beautiful historic centre, 2500 years of history and culture, 15 km of incredible beaches of fine sand. Paestum is not only history archaeology and antiquity, but also a place where living the modern city and seaside. The ancient Paestum is a big greek town, situated on Tirreno sea or Magna Grecia. Paestum ruins are fundamental specially for its ancient temples well preserved. Site presents among its famous historical buildings, two temples of Hera, temple of Atena and painted tombs,the famous funeral monument called “Tomba del tuffatore”, example of relevant historic-artistic value of funeral art typical of Magna Grecia of the period between 480 and 470 A.D. The great fascination of ancient rites is current nowdays in these incredible places of cult, the most big and ancient temple has been dedicated to Hera and also temple of Poseidon, for a mistake. The third temple is for Atena, goddess of wisdom, called also “of Cerere”. Not far from archaeological site, there is a museum rich in ancient greek and lucanian artifacts.
The modern city, situated at south respect to the archaeological site, it’s a really seaside resort, thanks to the beaches, that have several beach clubs, but also free beaches. There are a lot of hotels tourist resort and campsites, that complete the good and touristic offer of Paestum. Decide to take a shore excursion or a tour to Paestum and Pompeii from Naples will be a unique day that blends history and nature.